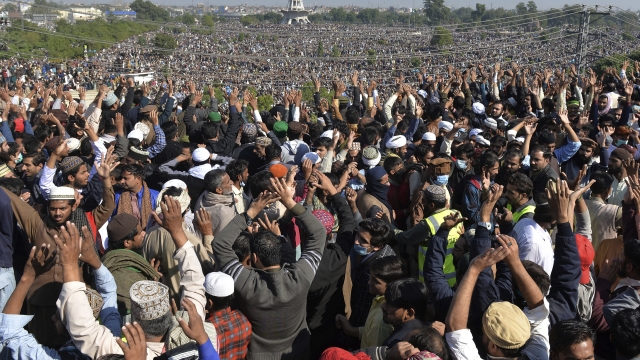 Tens of thousands of people gathered in Pakistan for the funeral of a hard-line Islamic cleric who has long defended the country's blasphemy law.

Khadim Hussein Rizvi was an extremist who called for the death penalty for anyone that insulted Islam.

After the cartoons were republished by the satirical magazine Charlie Hebdo, violent and deadly attacks followed.