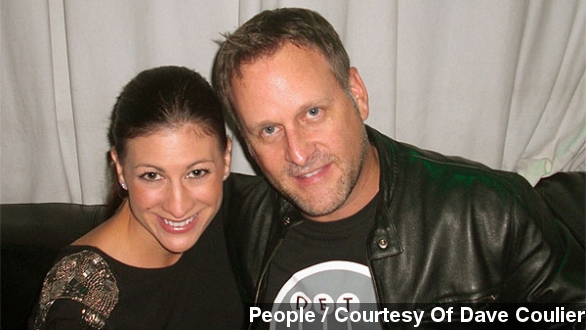 By Nathan Giannini
June 11, 2014
Coulier, who played Uncle Joey on the hit show, popped the question on New Year's Day. The pair will reportedly tie the knot in Montana on July 2nd.
SHOW TRANSCRIPT

Coulier spoke exclusively with the magazine about the engagement, saying: "I feel like the luckiest man on the planet. I get to marry my best friend, and she doesn't mind that I have a really bad gas problem."

How romantic. The couple plans to tie the knot next month in Montana. So will there be a "Full House" reunion at the wedding?

Coulier has reportedly stayed close friends with co-stars John Stamos and Bob Saget. The trio even reunited for a "Full House"-themed sketch on Late Night with Jimmy Fallon before Fallon took over The Tonight Show.

And People magazine reports they're expected to be joined on the big day by former co-stars Lori Loughlin and Candace Cameron Bure.

Coulier was married once before to actress Jayne Modean in the early 90s, but the pair divorced after two years. They have a son together, Luc, who is now 23.

He dated singer Alanis Morissette after his divorce. Their relationship was back in the news recently after Coulier told Buzzfeed he is NOT "that guy" in her hit song about an ex-boyfriend "You Oughta Know."

According to E! the wedding "will be a week-long occasion, which includes a pig roast, golfing ... a river day, rodeo night, fishing and hiking in Yellowstone and a barbeque at Coulier's for the Fourth."