Fukushima Plant Is Running Out Of Space To Put Radioactive Water 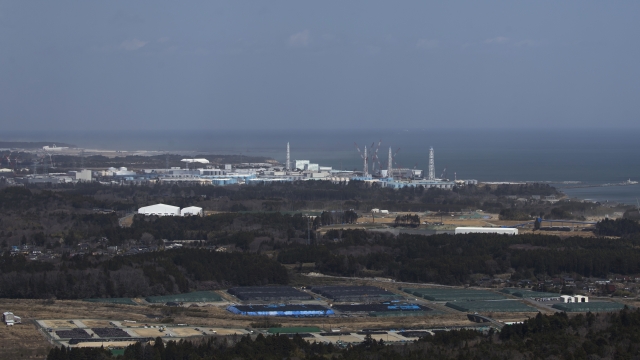 Tokyo Electric Power Company, which operates Fukushima's nuclear power plant, says it will run out of space to store radioactive water within the next three years. That's according to the Associated Press.

A magnitude 9.0 earthquake and tsunami devastated northeastern Japan in 2011. The event caused meltdowns at three reactors at the Fukushima Dai-ichi nuclear power plant. The meltdowns caused radioactive water to leak from the reactors.

The water is being stored in 1,000 large tanks, holding more than 1 million tons of water. The company said it will build more tanks to hold an additional 1.37 million tons, but it will reach capacity by the summer of 2022.

Officials don't know what they're going to do with the radioactive water. A government-commissioned panel has picked five possible options. One of them includes releasing the water into the Pacific Ocean, but critics say this would ruin Fukushima's fishing and agriculture. Other options include underground injection and vaporization. They also have a sixth option: long-term storage.

It's unclear when they'll make there decision by.