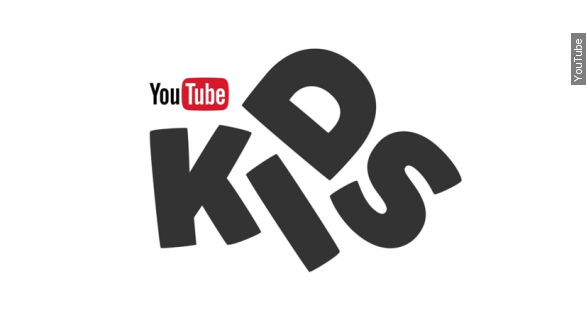 This is YouTube Kids, released earlier this year in February. As the name suggests, it's a custom YouTube app built around giving children access to certain kid-friendly videos. Seems pretty straightforward, right?

Except now consumer groups are asking the Federal Trade Commission to investigate Google over unfair and deceptive marketing towards children.

Filed Tuesday by Georgetown Law School's Institute for Public Representation, the complaint targets YouTube Kids' use of advertisements, "unboxing" videos and how it promotes to parents.

"What up, guys? So, we got Minecraft toys," says a child called Mike in one video.

This is what's known as an unboxing video — they're a popular type of YouTube video that, according to Google, raked in 20 million search results on the video site last year.

But the complaint points to specific unboxing vids, such as this one, which it says essentially serves as a 7.5 minute-long advertisement for McDonald's.

The same YouTube channel, ToysReviewToys, has a partnership with Disney's Maker Studios. The complaint argues that with the relationship undisclosed, kids can't tell if they're watching paid endorsements or independent videos.

The complaint also claims that even though Google says it only shows 30-second or 60-second ads on the app and takes special precautions with its adverts, there are entire videos that are advertisements, such as this My Little Pony commercial.

The FTC is fickle when determining what advertisements can be shown to children 12 and under and has had rules in place since the 1970s to protect them from being unfairly targeted.

Limitations such as what specific advertisements can be shown in between shows and how many total minutes of adverts can be shown per hour are put in place in order to protect children, which the FTC says don't have the cognitive ability to switch between commercials and programming.

Jeff Chester, director of the Center for Digital Democracy and one of the complaint's signees, told the San Jose Mercury News they want Google to pull all of its unboxing videos from the YouTube kids app. "There's no disclosure of who actually owns those channels. They're an ad, in essence, for toys." (Video via YouTube / HobbyKidsTV, YouTube / DisneyCarToys)

For its part, YouTube says it consulted with numerous child advocacy groups before launching YouTube Kids and is always open to feedback. The FTC has yet to make a statement in response to the complaint.