'Frozen' Is The Highest-Grossing Animated Film Ever 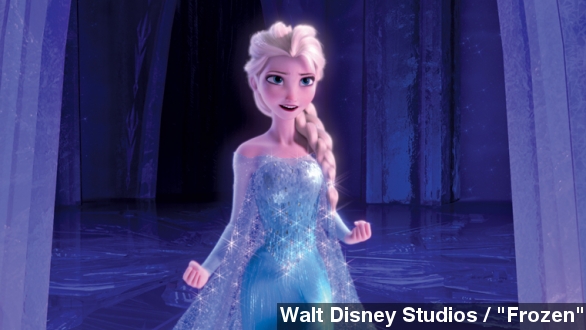 SMS
'Frozen' Is The Highest-Grossing Animated Film Ever

Disney's "Frozen" has been a pretty big deal ever since it first hit theaters, and its success shows no signs of thawing out any time soon. The animated musical broke yet another milestone Sunday when it became the highest-grossing animated film of all time.

After a strong start in Japan, "Frozen" has now raked in over $1.072 billion in box offices worldwide. That's just enough to pass the "Toy Story 3" record of $1.062 billion.

It also puts "Frozen" in the top ten highest-grossing movies of all time — though it probably won't muster the remaining $1.7 billion needed to beat "Avatar." (Via Box Office Mojo)

Sunday's box office triumph is just the latest accolade "Frozen" has earned since its release last September. The movie won two Oscars for Best Animated Film and Best Original Song, and is the first Disney animated film to gross over $1 billion. (Via IMDb)

It's done pretty well outside of theaters, too. DVD and Blu-Ray sales hit $3.2 million on release day, putting "Frozen" in the running for fastest-selling digital release of all time. (Via The Hollywood Reporter)

And of course, there's the music. "Frozen's" iconic soundtrack is set to mark its eight straight week at the top of the Billboard 200 chart, a feat unmatched by any album since Adele's "21" in 2012.

And the movie's showstopping power ballad "Let It Go" has basically taken over the Internet by generating an endless supply of magnificent covers. Seriously, there's a lot. (Via NBC / "The Tonight Show", YouTube / "ThePianoGuys", YouTube / "Alex Boye")

A writer for Bustle compares "Frozen" to "a really well-buil[t] snowball, or an avalanche, or some sort of other cold weather-related rolling thing. ... There seems to be, to put it simply, no stopping Frozen."

So far, "Frozen" has earned $398 million domestically, and $674 million overseas. It's become the biggest Disney or Pixar animated film in 27 territories, including Russia, China, and Brazil.