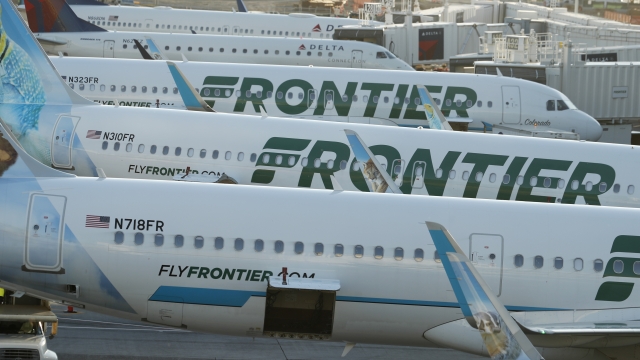 Frontier Airlines is going to start taking people's temperatures before allowing them to board its planes.

Frontier's CEO said the screenings are being implemented to assure customers "their well-being is [the airline's] foremost priority."

Starting June 1, Frontier gate agents will use touchless thermometers to screen all passengers and crew members. Anyone with a temperature of 100.4 degrees or higher won't be allowed to board. Frontier says it'll help customers rebook their flights if needed.

Like other U.S. airlines, Frontier is already requiring passengers wear face coverings on board its flights. It's also increased its aircraft cleaning efforts and is now having passengers board from the back of the plane to the front.

Going beyond Frontier, the TSA announced Thursday it's now requiring all of its agents to wear face masks while screening passengers at airports.

Amtrak is implementing a similar face mask rule for its customers starting Monday. The national railroad service has already reduced ticket sales to no more than 50% capacity and has stopped accepting cash in its stations and on its trains.