From 'Parks And Rec' To Lavrov: Clinton's Latest Email Dump 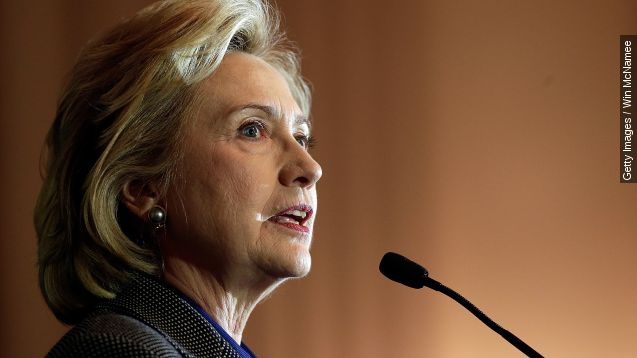 SMS
From 'Parks And Rec' To Lavrov: Clinton's Latest Email Dump
By Jake Godin
By Jake Godin
September 1, 2015
The latest batch of emails from Hillary Clinton's private inbox has been released. The messages range from the mundane to insider politics.
SHOW TRANSCRIPT

Some 7,000 pages have been released in the latest State Department email dump from Hillary Clinton's private inbox, and they're a pretty mixed bag. (Video via Hillary for America)

We've got an email mysteriously asking about an update on Gefilte fish. Turns out it may have actually been about Israel and some Asian carp.

But not all of the messages were quite so mundane. One email, apparently about Sergey Lavrov, Russia's minister of foreign affairs, simply says "Can you run the traps ... ." The rest is redacted.

Clinton showed frustration with confidential measures in another email. When an aide told her statements from former British Prime Minister Tony Blair were marked as confidential, she wrote, "It's a public statement! Just email it."

When she finally got access to the statements, she responded with what is probably sarcasm, saying, "Well, that is certainly worthy of being top secret."

Then there were some emails giving a glimpse of what politics is like inside The Loop.

One from Sidney Blumenthal, a controversial unofficial advisor for Clinton, described John Boehner to her as "louche, alcoholic, lazy and without any commitment to any principle." (Video via The Daily Beast)

Out of this group of released messages, 125 were marked classified by the State Department. This isn't all of the emails, of course. The next batch should be released by Sept. 30.

This video includes images from Getty Images and an image from Ovedc / CC BY SA 3.0.