From Church Sermon To National Holiday: How Father's Day Got Its Start 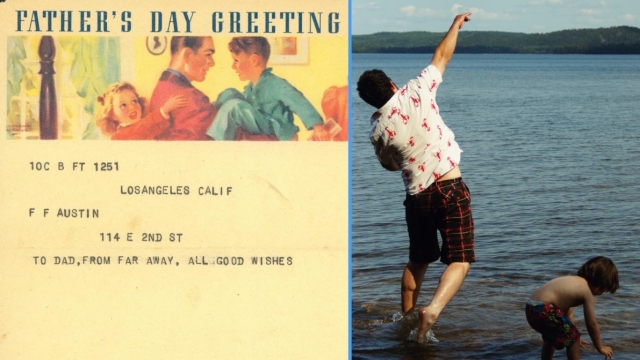 Americans are expected to spend $14.3 billion on Father's Day this year, according to the National Retail Federation.

Sonora Smart Dodd likely didn't envision us spending that kind of money when she came up with the idea of celebrating Father's Day more than a century ago.

She apparently got the idea to celebrate a day for dads after hearing a Mother's Day sermon in church in 1909.

Dodd's mom died, leaving Dodd's father to raise her and her five brothers. When she heard the sermon, she realized how much her dad did for all of his children, and she wanted to honor him.

So, she drummed up support from local churches, the YMCA and others in her hometown of Spokane, Washington, to celebrate dads in June — the month her dad was born. And in 1910, the state of Washington celebrated its first statewide Father's Day.

But some people reportedly opposed it, saying it was just a way to sell products — oops.

Thanks to Dodd, we're reminded to celebrate the special men in our lives. Happy Father's Day!

This video includes clips from KSPS and KXLY and images from Washington Secretary of State, USMC Archives, and Getty Images. Music provided courtesy of APM Music.