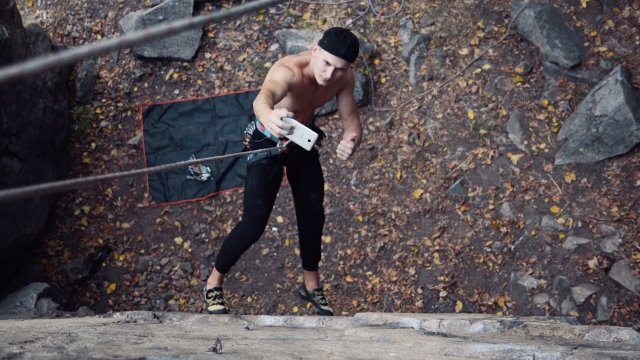 SMS
From 2011 To 2017, More Than 250 People Died While Taking Selfies
By Audrey Esther
By Audrey Esther
October 5, 2018
A new study found between 2011 and 2017, more than 250 people died worldwide while taking selfies, with the most deaths occurring in India.
SHOW TRANSCRIPT

The selfie: photographic evidence you were there and you saw or did that thing. But could it be a safety hazard?

From 2011 to 2017, 259 people worldwide died while taking selfies, according to a new study published in the Journal of Family Medicine and Primary Care.

The study found the average age of a selfie death victim was about 23 and that more than 70 percent of those who died were men.

Of those deaths, more than half occurred in India, followed by Russia, the U.S. and Pakistan.

The leading cause was drowning, mostly from people getting hit by waves or falling out of boats.

Other causes included falling, electrocution, animals and being hit by vehicles or some form of transportation.

Researchers said the U.S. had the most selfie-related deaths involving firearms.

The study's authors based their findings on information gathered online from keyword searches such as "selfie deaths" and "selfie accidents." So they say this is just the tip of the iceberg, because many cases are not reported.