Friend Says O.J. Simpson Will Confess To The Murder Of His Ex-Wife 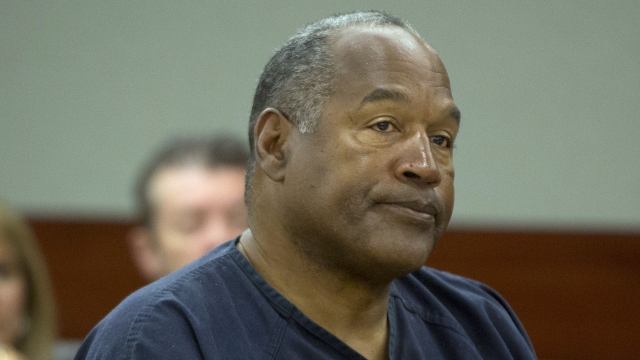 A longtime friend of O.J. Simpson says the former football star will someday confess to killing his ex-wife and her friend.

Nicole Brown Simpson and her friend Ron Goldman were found stabbed to death in 1994.

Shipp testified in Simpson's 1995 criminal case that Simpson told him, "I've had some dreams of killing her."

After a trial that captivated the nation and world, O.J. Simpson was acquitted of the murders in 1995. However, Simpson was found liable in a civil suit in 1997 and ordered to pay the families $33 million.

The 68-year-old is serving a nine- to 33-year sentence for a 2008 kidnapping and armed robbery. Shipp said he thinks Simpson could confess once he's released from prison, which could be next year.

He said, "I hope one day he actually will rid us of all the doubt and all the conspiracy theories and say, 'Sorry I cannot go to prison [because of double jeopardy laws], but I am sorry I did it.'"

Interest in the murders of Goldman and Nicole Brown Simpson appears to have been renewed recently. A true-crime series about Simpson's trial premiered on FX in February, and a five-part ESPN documentary is set to premiere this month.

Earlier this year, a retired Los Angeles police officer came forward with a knife believed to have been buried at the Simpson estate.

Forensic tests later determined the knife was not connected to the fatal stabbings.

This video includes clips from A&E, MSNBC, CNN, CBS and ABC, and images from Getty Images.