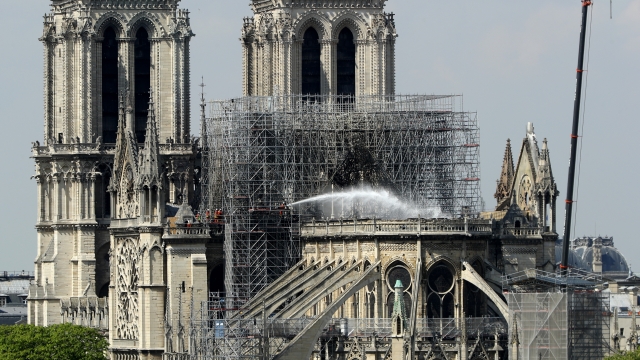 The French Senate approved a bill Monday that would initiate the restoration process for Notre Dame Cathedral in Paris.

A massive fire destroyed parts of the cathedral in April. The building was under renovation when the fire caused its spire and roof to collapse. No one was injured, but it took firefighters more than nine hours to put out the flames.

In the bill, which was previously passed by the French parliament, senators said they want the cathedral to look exactly how it used to before it was damaged.

There's been debate over how the cathedral should be rebuilt. While some want it to look exactly the same, others, including President Emanuel Macron, want it to have more "inventive" or modern elements.

The French government previously launched an international architecture competition asking for ideas on how the cathedral should be redesigned.

France's Senate also removed a controversial clause in the bill that would have let the government override certain planning and environmental regulations to speed up the project.