Risk, Reward And Redemption At A Restaurant Staffed By Former Inmates 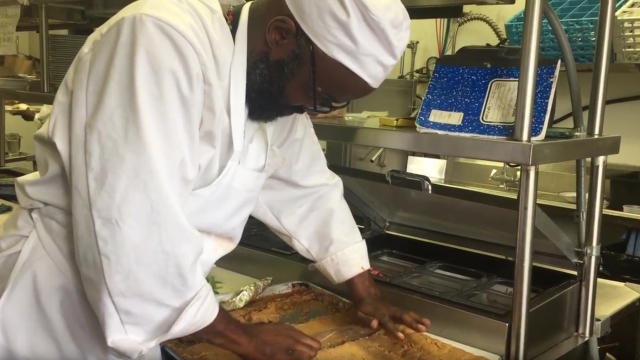 Newsy spent a day at Edwins Leadership and Restaurant Institute in the Shaker Square neighborhood of Cleveland. The restaurant employs former inmates, giving them a new kind of freedom.

Not really from Chicago but from Chicago(land), Sadé was the Muggle-born at Hogwarts practicing Black Girl Magic. She studied journalism at Iowa State and DePaul University and previously worked at the Chicago Tribune. Since joining Newsy in 2016, her days consist of finding creative ways to tell stories on Snapchat and Instagram. She loves brunch, book clubs, and falling asleep to crime shows. Sadé knows you'll pronounce her name wrong so she's here to help: It's SHA-DAY. She was named after the singer and thinks you should Google her immediately if you haven't heard her music. @SadeMichelle