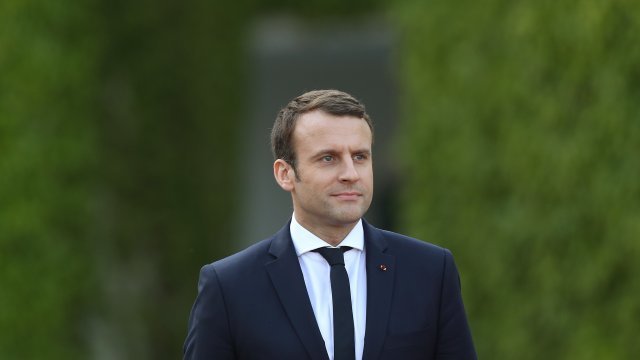 By Briana Koeneman
October 16, 2018
On Tuesday, Macron tapped new leaders for several posts — including the ministries of culture, agriculture and interior.
SHOW TRANSCRIPT

French President Emmanuel Macron is shaking up his cabinet in an attempt to give his government new life.

On Tuesday, Macron tapped new leaders for several posts — including the ministries of culture, agriculture and interior.

The reshuffle comes after a series of high profile resignations, including Interior Minister Gérard Collomb. Collomb criticized Macron on his way out, saying Macron's popularity has dipped  since his 2017 election as a result of "lack of humility."

According to French polling, Macron's popularity was at 29 percent in September, down from 66 percent when he was elected.

But as The Washington Post notes, the shakeup wasn't as extensive as some experts predicted. And that has some questioning if it will be enough to revamp Macron's government.