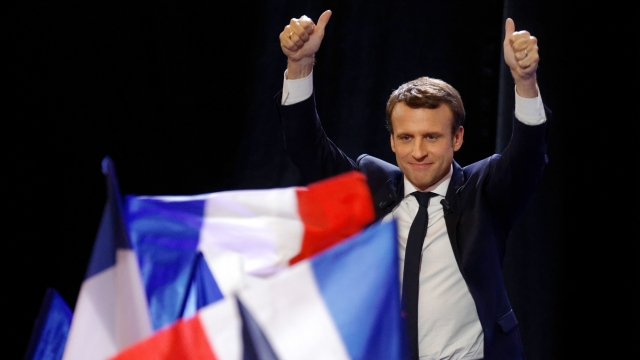 SMS
French President Macron Is Keeping His Gender-Equality Promise
By Briana Koeneman
By Briana Koeneman
May 18, 2017
Emmanuel Macron unveiled his new 22-person Cabinet this week — and 11 of those people are women.
SHOW TRANSCRIPT

It looks like new French President Emmanuel Macron is keeping his promise to put more women in government.

Macron unveiled his new 22-person Cabinet this week, and 11 of those people are women.

That list includes Olympian Laura Flessel as the new minister of sports, and publisher Françoise Nyssen as the minister of culture. 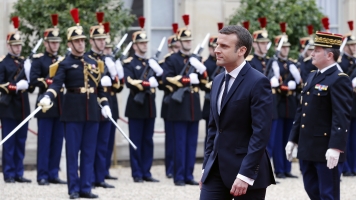 Of the more than 400 candidates the party chose, half were women.

These moves fulfill a pledge Macron made during his campaign to take gender equality in France's government seriously.

But he also has another goal in mind: to win a majority in France's government. If he succeeds, he says he'll work to make it an equal representation of women and men.

It's an ambitious objective. As a writer for Quartz points out, women make up more than half of Parliament in only two other countries: Rwanda and Bolivia.