France's New President Wants To Cut Parliament By A Third 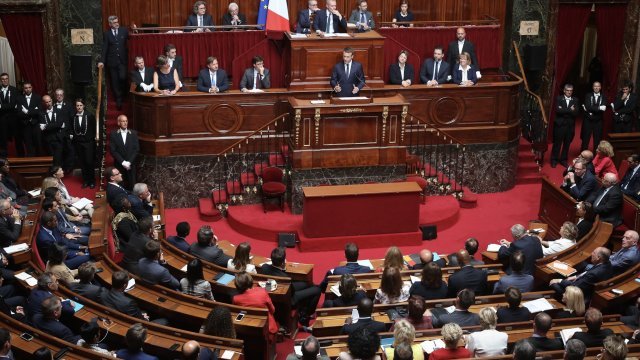 SMS
France's New President Wants To Cut Parliament By A Third
By Jake Jones
By Jake Jones
July 3, 2017
He also called for labor reform and for French citizens to move away from welfare dependence.
SHOW TRANSCRIPT

French President Emmanuel Macron has settled into office, and his party controls a legislative majority. Now, he wants to make sweeping changes to the Parliament itself within a year.

Macron called both chambers of Parliament to the chateau of Versailles to lay out key points of his agenda. He warned that if lawmakers failed to pass his reforms within a year, he'd call a referendum and let the French people decide.

Macron said he wants to cut Parliament's membership by a third. At 925 seats, it's the world's fourth-largest legislature.

He also wants a "dose" of proportional representation, which drew criticism from his presidential challenger and nationalist firebrand Marine Le Pen. 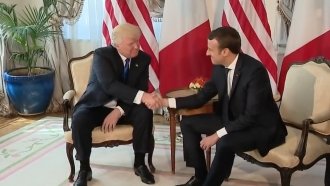 Despite French optimism polling fairly high, not everyone is on board with Macron's plans.

Macron's speech was boycotted by members of three far-left parties, who opposed Macron's plans to loosen labor regulations. Macron has also signaled he might roll back France's welfare system.

At Versailles he said: "Every French person has a responsibility and a role to play in the conquests to come."