Officer Who Switched Places With Hostage In French Attack Dies 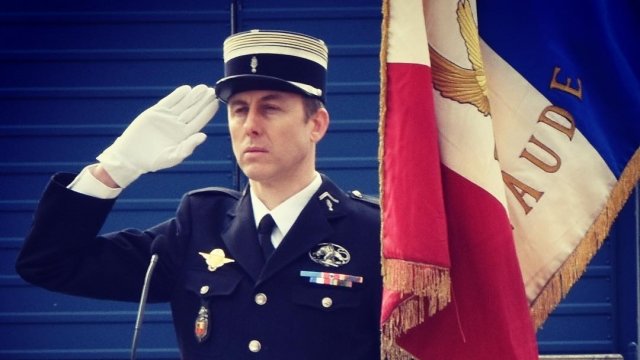 SMS
Officer Who Switched Places With Hostage In French Attack Dies
By Ethan Weston
By Ethan Weston
March 24, 2018
Arnaud Beltrame swapped places with a hostage during a stand off with a terrorist claiming to be acting on behalf of ISIS.
SHOW TRANSCRIPT

A French police officer who switched places with a hostage during Friday's terrorist attack at a French market has died.

Police Lt. Col. Arnaud Beltrame is being hailed as a hero. In a statement, President Emmanuel Macron said Beltrame's act "deserves the respect and admiration of the entire nation."

The gunman reportedly claimed to be acting on the behalf of the Islamic State. At least two other people were killed in the attack. French police say they've detained two people allegedly linked to the attacker.