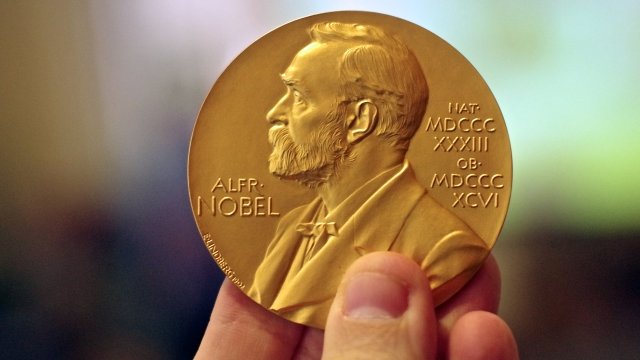 SMS
French Photographer At The Center Of Nobel Prize Scandal Sent To Jail
By Ahmed Jawadi
By Ahmed Jawadi
October 1, 2018
​​Jean-Claude Arnault was convicted of raping​ a woman in Stockholm in 2011.
SHOW TRANSCRIPT

A French photographer in the middle of a scandal that led to a Nobel Prize being postponed has been sentenced to two years in prison.

On Monday, a Swedish court found Jean-Claude Arnault guilty of raping a woman in Stockholm in 2011. Arnault had close ties with the Swedish Academy, the group that decides the winners of the Nobel Prize in literature.

Eighteen women accused Arnault of sexual assault and harassment late last year, which prompted investigations by both state prosecutors and the academy. In the wake of the scandal, several academy members resigned, including Arnault's wife.

Due to the academy's diminished membership and damaged reputation, it announced in May the 2018 Nobel Prize in literature would be postponed until 2019. It was the first time the award has been postponed in its 75-year history.

The academy will instead award this year's Nobel Prize in literature next year, along with the prize for 2019. The decision doesn't affect other Nobel prizes, as they are awarded separately.