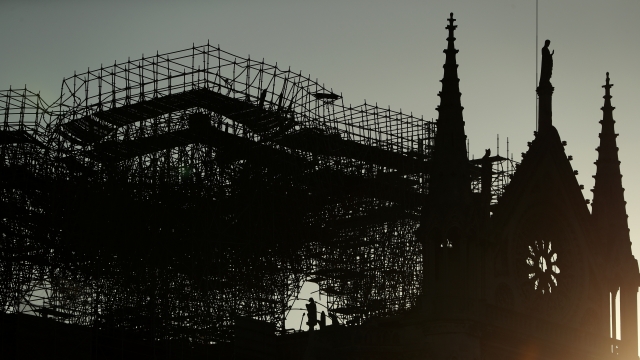 A group in France has filed a lawsuit over the lead that was released into the air during the April fire at Notre Dame Cathedral.

The Associated Press reports that hundreds of tons of lead melted during the fire and that high levels of lead were detected in the air afterward.

The environmental group that brought the lawsuit says Paris officials should have immediately done something to protect public health.

Lead is a toxic metal that can cause developmental and other health problems, especially in children. The body responds to lead similarly to how it responds to calcium, so exposure can disrupt systems that rely on calcium to function.

Last week, Paris officials ordered neighborhood schools be cleaned up and recommended that children and pregnant women who live near the cathedral get their blood lead levels tested.