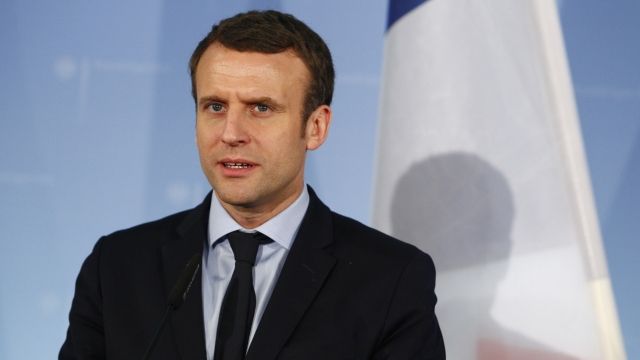 SMS
France Wants The Media To Keep Quiet About Newly Leaked Documents
By Jake Jones
By Jake Jones
May 6, 2017
France asked media not to report on unverified leaked documents, which appear to be an effort targeting Emmanuel Macron's campaign.
SHOW TRANSCRIPT

Hours before France's presidential election, journalists are being asked not to cover a last-minute hack on Emmanuel Macron's campaign.

France's electoral commission asked media not to publish the documents because it's suspected that a political motive was behind the hack.

The hackers, who officials say might to be connected to Russia, released unverified information they claim shows Macron had an offshore bank account. But the veracity of the documents hasn't been verified.

Reports show the document dump originated on 4chan, an online image board commonly used by the so-called alt-right and is known to have posts containing anti–Semitic, white supremacist and racist sentiments.

And the timing of the released documents put Macron's campaign in a bind: Macron was only able to put out a statement before midnight on Friday, when French law halts campaigning and media coverage 44 hours ahead of the election.

Macron will face off Sunday against Marine Le Pen, an outspoken French nationalist who, until recently, led the National Front Party, which is anti-immigration and anti-European-Union.

Le Pen has also had considerable funding and support from Russia, securing a loan from a Russian bank when French banks refused. Le Pen has met with Russian President Vladimir Putin and is a proponent of allying France with Russia.

Despite France's law prohibiting political discussion the day before the election, news about the leaks has spread in France. What's not clear is how it could affect Macron. He led Le Pen by over 20 points in several polls taken just before the leak went public.