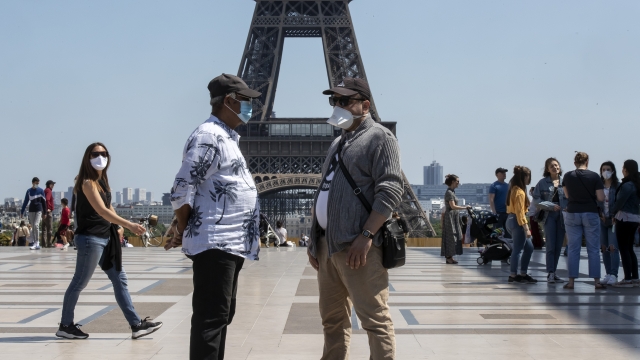 SMS
Court Orders France To Lift Ban On Gathering At Places Of Worship
By Meg Hilling
By Meg Hilling
May 19, 2020
France's Council of State said banning meetings at places of worship was a "serious and manifestly unlawful interference" to the freedom of worship.
SHOW TRANSCRIPT

As France begins to reduce coronavirus restrictions, a court has ruled the government must let people gather in churches again.

A judge on France's Council of State called the ability to worship a "fundamental freedom" and said the government's blanket ban on meeting at places of worship was a "serious and manifestly unlawful interference" to that freedom.

People in France can now have private gatherings, so long there aren't any more than ten people. Up to 20 people can go to funerals at places of worship, but other gatherings there are still prohibited.

The Council of State has ordered that the ban be lifted on places of worship within the next eight days.

France remains one of the European countries hit hardest by the coronavirus.