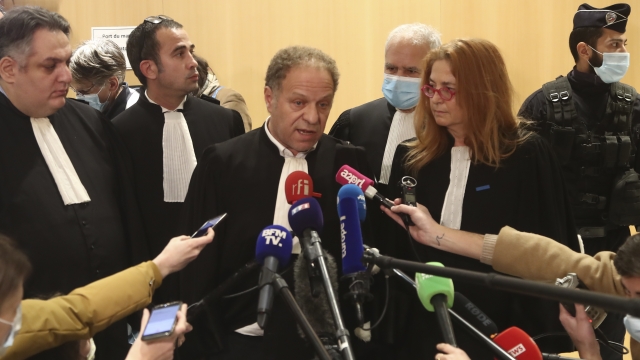 Fourteen people were found guilty today in a French court for their involvement in the 2015 attacks on the Charlie Hebdo newspaper and a French market outside Paris.

The accomplices face punishments ranging from five years behind bars to life in prison.

The attacks left 17 dead along with the three gunmen, who claimed the killings in the name of Al-Qaeda and the Islamic State group.