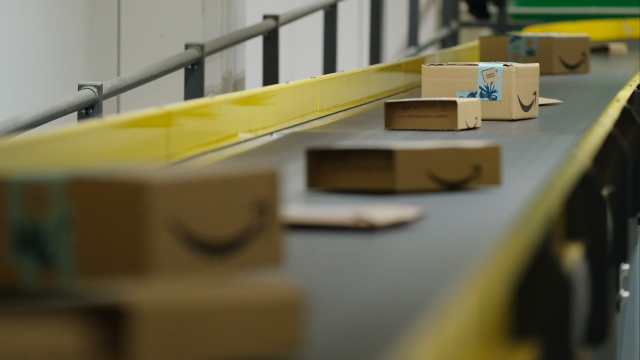 Demonstrators are calling it "Block Friday." Protests took place at Amazon facilities around France. One group, Attac, said it would "take action across France to disrupt Amazon's business."

The protests started Thursday. Dozens of activists formed a human chain. They dumped old fridges and microwaves outside an Amazon depot about an hour outside of Paris. Some held signs that read: "Amazon: for the climate, for employment, stop expanding, stop over-production."

On Friday, protesters lined up and linked arms to try to block the entrance at a shopping center in La Défense, Paris. They say they're protesting the environmental impact of consumerism.

While Black Friday is still biggest in the U.S., it's turned into a global phenomenon in recent years. But, as in the U.S., not everyone's a fan. Some French lawmakers are even considering trying to ban it.

Amazon accused Attac of spreading "false allegations", according to the BBC.  In September, CEO Jeff Bezos said the company will go net carbon-neutral and meet the goals of the Paris climate agreement by 2040, 10 years ahead of the deal's built-in deadline. Amazon says it will do this partly by using electric delivery vans, which will roll out in 2021.