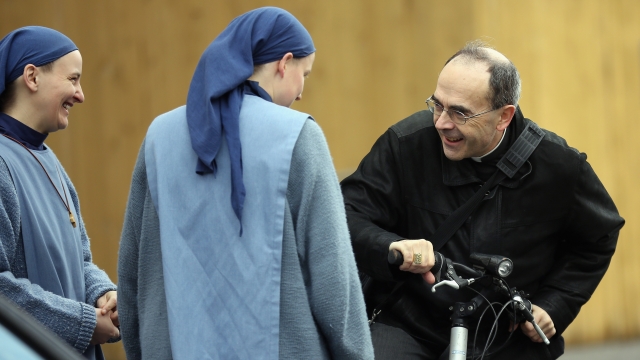 A French cardinal has been convicted for not reporting a priest's history of child sex abuse to authorities. He is the highest-ranking Catholic official in France to be convicted of covering up child sexual abuse.

Cardinal Philippe Barbarin says in 2014, he found out a priest had sexually abused Boy Scouts more than a decade before joining his diocese. But Barbarin didn't take action until the public found out a year later.

On Thursday, a French court sentenced the cardinal to six months in prison. Barbarin said he plans to submit his resignation to Pope Francis.

The court's decision reportedly came as a surprise to Barbarin's accusers. The statute of limitations had ended for some of charges against him, and during the trial the prosecutor said they couldn't prove the archbishop did anything illegal.

Last month, Pope Francis held a four-day summit addressing sexual abuse within the church. After the summit, the Vatican announced several measures it plans to implement, including a new child protection policy and guidelines meant to help prevent abuse in the near future. The church may also revise its policies in order to improve transparency and bishop accountability.