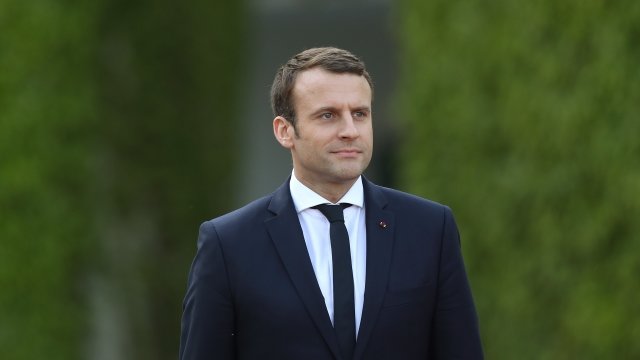 By Cristina Mutchler
November 6, 2018
Six people were taken into custody in three separate regions of the country Tuesday.
SHOW TRANSCRIPT

According to French intelligence officials, one woman and five men were taken into custody Tuesday in three separate regions of the country.

Specific details about the suspects and the alleged plot haven't been released, but France's Interior Ministry told media outlets that the suspects are linked to far-right-wing political interests.

The arrests come as Macron tours battlefields in northern France to mark the 100-year anniversary of the agreement to end World War I fighting.

Macron was also targeted last year by a suspect who allegedly planned to assassinate him on Bastille Day.