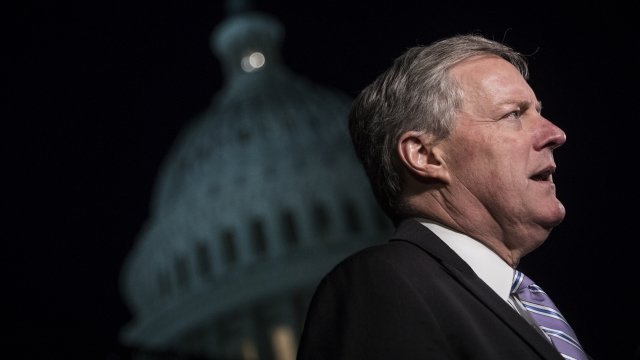 A group of Republican lawmakers said Thursday they won't support the farm bill unless the House votes on immigration reform first.

The House of Representatives is set to vote Friday on a crucial agriculture bill, but it's hitting some roadblocks, and its prospects aren't looking great.

It's called the farm bill, and the House Agriculture Committee has spent a long time working on it. And it's not just about farms. It would reinforce protections for farmers, but it would also do things like boost broadband service in rural America and fund programs to fight the opioid crisis.

Farmers don't seem as confident as the president.

Democrats aren't widely expected to support the bill. Many of them take issue with a provision that imposes work requirements for adults on the Supplemental Nutrition Assistance Program, or SNAP.

But now the bill faces another challenge: Some Republicans say they won't support it until the House votes on immigration reform. House Freedom Caucus Chairman Mark Meadows said his members will hold out for now. With Democrats already against the bill, those are crucial votes for Republicans.

The bill had already been on shaky ground. Thursday night, the House voted down an amendment that would have lifted production caps on sugar growers. House Agriculture Chairman Mike Conaway said he would advocate against the bill if the amendment had passed.