Get Ready For Round 2 Of The GOP's Health Care Reform 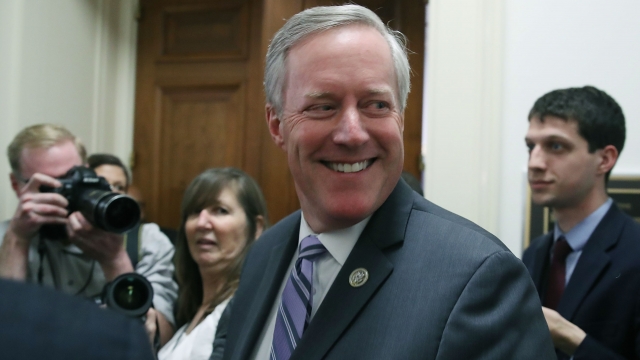 The GOP's gearing up for another health care fight. This time, it's the hard-line conservatives who are on board and the moderates who are skeptical.

After some changes, the GOP's plan to overhaul the health care system won the approval of a hard-line conservative group in Congress.

The House Freedom Caucus, whose lack of support blocked the first Republican plan from going to a vote, now says it's on board with the bill, thanks to a recent amendment.

It's called the "MacArthur amendment," nicknamed after Tom MacArthur, a moderate Republican and co-chair of the more centrist Tuesday Group of House Republicans. He and Freedom Caucus Chairman Mark Meadows authored the amendment.

The bill would now let states apply for waivers from key parts of the Affordable Care Act.

States could waive requirements on what insurers cover and how much those insurers can charge a person based on age or health history:

-The community rating requirement, which keeps insurers from charging different rates based on a patient's health history

-Regulations on what insurers can charge based on a patient's age

To get one of these waivers, a state would have to present an alternative that would meet the amendment's criteria of either cutting costs, or expanding or stabilizing the market.

States trying to opt-out of community rating would also be required to set up high-risk pools or allow people with pre-existing conditions to join a federal pool.

A waiver would be granted automatically after 60 days, so long as Health and Human Services Secretary Tom Price doesn't reject it within that time period.

These changes haven't made the bill more attractive to moderate Republicans, let alone Democrats. But one part stuck out: an exemption for members of Congress and their staff from losing those Obamacare protections if their state got a waiver.

A spokesperson for House Democratic Leader Nancy Pelosi summed up the opposition, saying the bill was so unattractive, its authors wanted to exclude themselves from it.

GOP sources have said the exemption helps the bill meet certain requirements once it gets to the Senate but also said it would be fixed — after the health care bill passes.