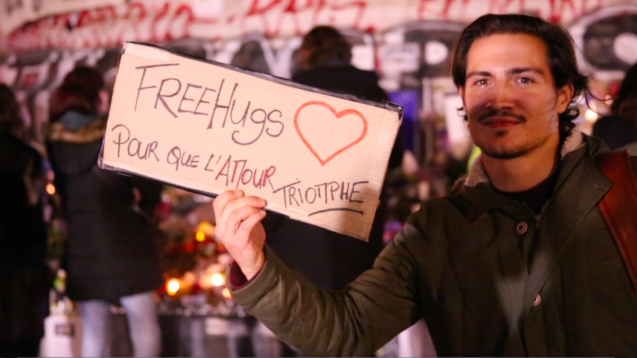 Strangers embraced at Paris' Place de la Republique to give comfort and solidarity.

"We all wanted to be here just to get together and to believe in something more beautiful than what happened. There's still some hope and there's still some love, and we're all human. And we have to share. So that's why I'm hugging people," Thomas Wahl said.

"How many hugs do you think you've given?"

"We're a free country, and we want to share that and show the world that we can be free."