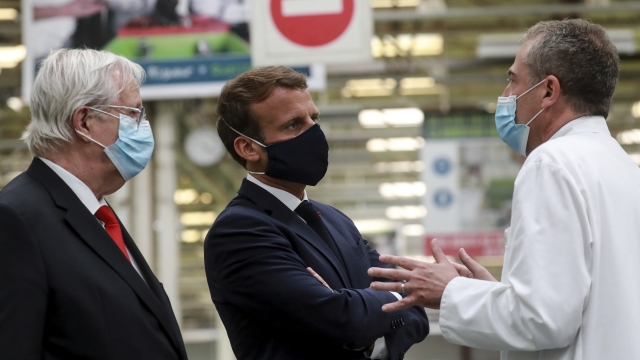 French President Emmanuel Macron unveiled an $8.8 billion plan to save the country's auto industry, which has seen huge losses during the coronavirus pandemic.

Macron made the announcement during his visit to a Valeo electric car parts factory Tuesday. He said wants to make France the leading producer of clean vehicles in Europe. The goal is to build more than 1 million electric cars every year within five years.

Macron said France has around 400,000 unsold cars and that the industry has seen an 80% drop in sales.

To help boost sales, the government is offering subsidies to entice consumers. That includes the equivalent of over $7,000 off electric vehicles and $2,000 off hybrids.