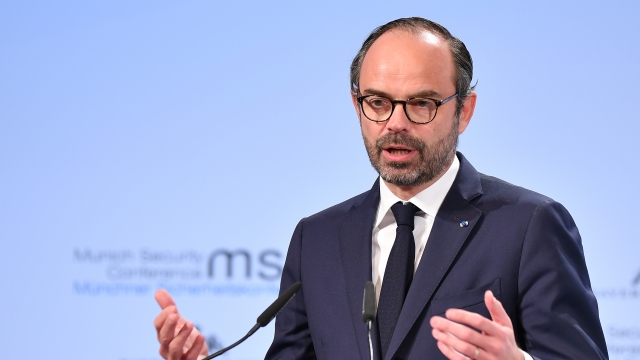 SMS
France Triggers Emergency Contingency Plan After Failed Brexit Vote
By Caitlin Baldwin
By Caitlin Baldwin
January 17, 2019
The country is preparing for a possible "hard Brexit," which could cause chaos for travelers between the U.K. and France.
SHOW TRANSCRIPT

France has launched an emergency contingency plan to deal with the effects of a possible "no-deal" Brexit.

French Prime Minister Édouard Philippe said the nearly $57 million plan is in preparation for a possible "hard Brexit" — also referred to as a "no-deal Brexit" — that could cause chaos for travelers between the U.K. and France.

The money will be invested into ports and airports, places Philippe said will be the "most affected by the changes needed" as travel between the two countries becomes uncertain.

Travel industry experts told CNN a "no-deal" scenario could cause issues with passport control at the border, currency and insurance, among other things.

Philippe told reporters, "We want to be ready to protect the interests of our citizens."

With no agreement in place, the deadline for the U.K.'s exit from the EU is coming up quick — March 29. And May only has three parliamentary working days from the failed vote to come up with a backup Brexit plan. She's meeting with her party Thursday to discuss a compromise.