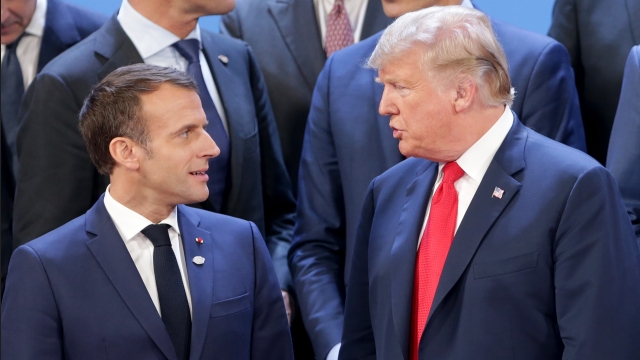 France says it will push forward with a tax on big tech companies — like Google, Apple and Facebook — despite President Donald Trump's warning that he could retaliate with tariffs on French wine and other goods. Americans bought almost $2 billion of French wine last year.

In an Oval office interview on Friday, President Trump said he "might" institute the tariffs at some point before the G-7 summit in August. France's economy minister responded on Saturday that he wants to negotiate a "universal tax on digital activities" with the U.S. before then.

Earlier in July, the Office of the U.S. Trade Representative revealed it was investigating the new French tax, saying it could potentially discriminate against American companies.

President Trump said in an interview last month that he would "do something" about the amount France charges the U.S. for wine.