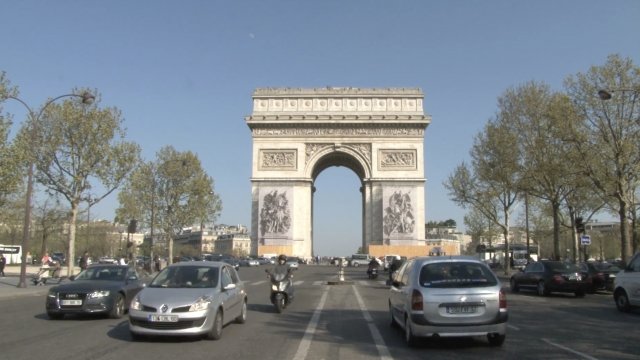 On Thursday, the country's new ecology minister announced a ban on gas- and diesel-powered vehicle sales by 2040.

On Thursday, the country's new ecology minister announced a ban on gas- and diesel-powered vehicle sales by 2040.

The move is part of France's plan to meet its commitments under the 2015 Paris climate agreement.

But it's also a response to the heavy air pollution that has plagued France and other European countries in recent years.

Four major cities, including Paris, previously announced plans to ban diesel cars by 2025. But France is the first major country to set a date to completely phase out gas and diesel.

The Sweden-based carmaker announced Wednesday that it plans to stop making vehicles powered solely by gasoline or diesel fuel by 2019.

However, other nations have taken big steps in that direction.

Germany's government wants to put 1 million electric cars on the roads by 2020.

And India set a lofty goal of having nothing but all-electric vehicles by 2030.