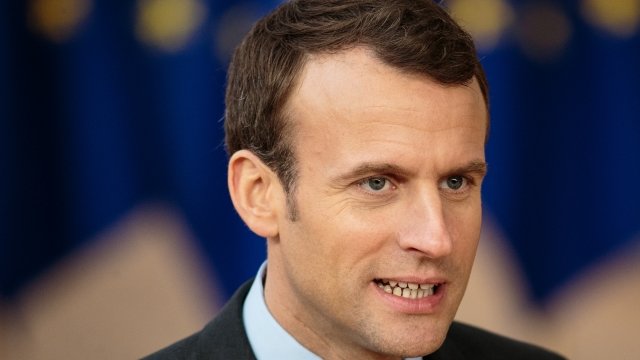 Macron said during an interview on French television that France has "proof" that Syrian President Bashar al-Assad's regime used chemical weapons. He didn't elaborate on exactly what that proof is.

Macron added his country will respond to the alleged chemical attack at the right moment and that he's been in contact with President Donald Trump.

The timing of the U.S.'s response is also unclear. Trump tweeted Thursday: "Never said when an attack on Syria would take place. Could be very soon or not so soon at all!"

Dozens of people died in the reported chemical attack. Syria has denied any involvement.