France's New President And His Wife Have A Rare Age Gap 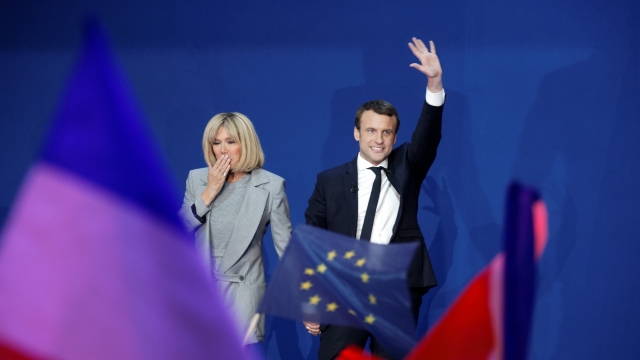 SMS
France's New President And His Wife Have A Rare Age Gap
By Ryan Biek
By Ryan Biek
May 8, 2017
Emmanuel Macron is 24 years younger than his wife, Brigitte.
SHOW TRANSCRIPT

Emmanuel Macron will be the youngest president in France's history. But his relationship with soon-to-be first lady Brigitte is making headlines of its own.

Brigitte is 24 years older than Emmanuel. The two met when he was in high school. She was directing him in a school play and was married with children.

Brigitte has kept quiet on exactly when their romance started, though she did say Emmanuel vowed to marry her when he was 17.

Instead of shying away from the possible controversy, Emmanuel showed off his spouse more than the other candidates.

French politics is also used to romantic age gaps, though usually the other way around.

Former President François Mitterrand had a secret daughter with a mistress about half his age.

And current President François Hollande separated from his official partner after an affair with a woman roughly 20 years his junior.

According to the Independent, many female voters may have seen the Macrons' age gap as a positive.