France's Macron Says World Cup In Qatar 'Should Not Be Politicized' 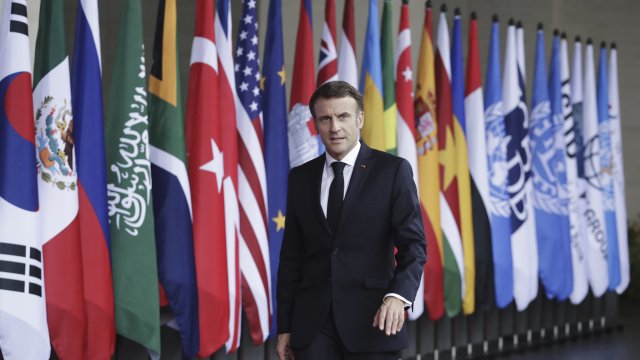 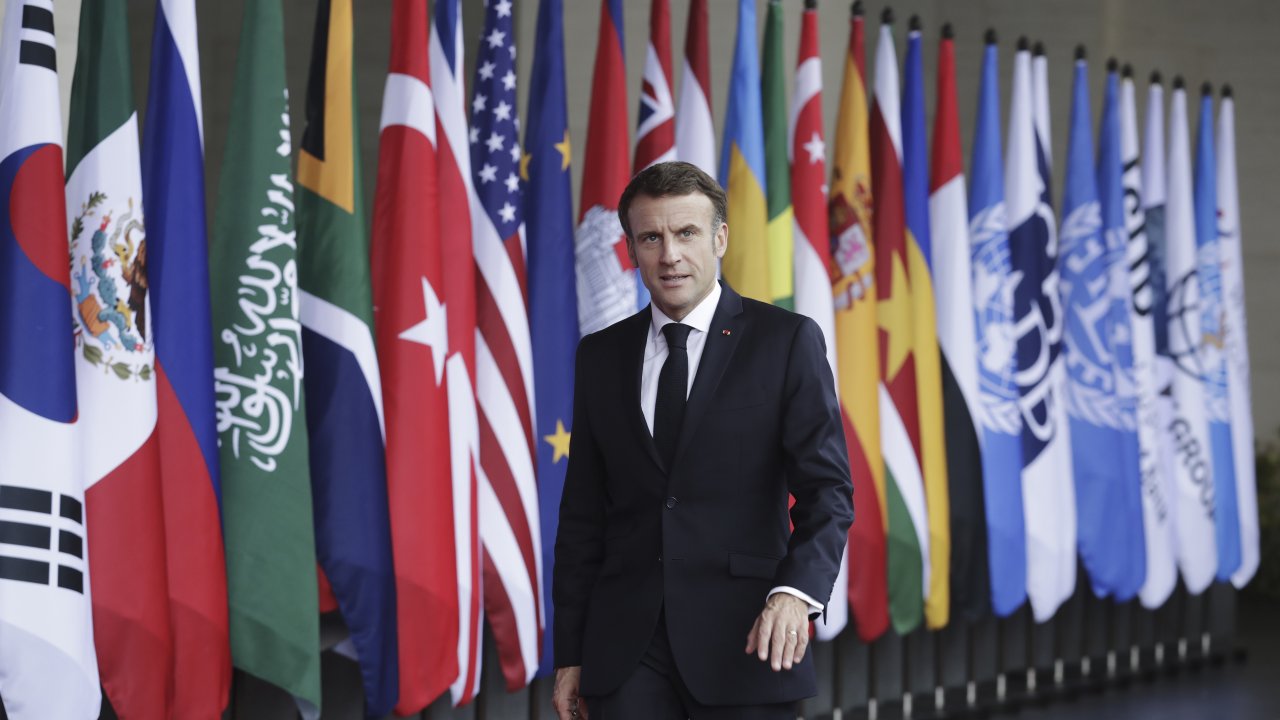 French President Emmanuel Macron said Thursday that "sports should not be politicized," days after it was announced — to criticism — that he would attend the World Cup in Qatar if France reaches the semifinals.

Speaking in Bangkok, Macron said issues about Qatar's human rights record and the environment were "questions you have to ask yourself when you award the event."

Qatar won the hosting rights for this year's tournament in a FIFA vote in 2010.

The World Cup has sparked multiple controversies — from the living conditions of migrant workers to the impact on the environment of air-conditioned stadiums and the place of LGBTQ people, women and minorities.

The first World Cup to be held in an Arab country opens on Sunday. The presidential Elysee said Macron will go to Qatar if the country's national team reaches the semifinals, specifying that the French president "wrote them a message" to this effect.

Last month, the city of Paris said it will not broadcast World Cup matches on giant screens in public fan zones amid concerns about Qatar's human rights record.

It follows similar moves by other French cities, despite France being the defending champion.