France's Macron Meets With Putin In Russia Over European Tensions 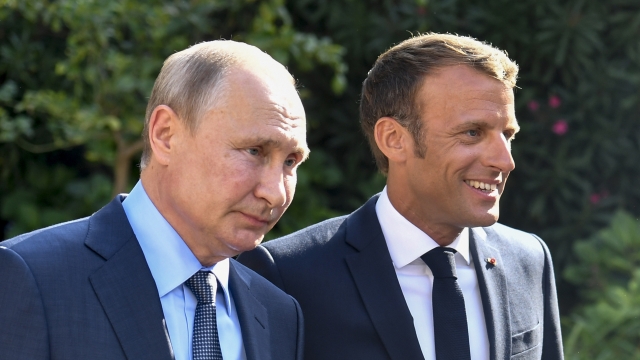 International efforts to defuse the standoff over Ukraine intensified Monday, with French President Emmanuel Macron holding talks in Moscow and German Chancellor Olaf Scholz in Washington to coordinate policies as fears of a Russian invasion mounted. 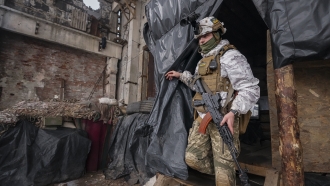 The buildup of an estimated 100,000 Russian troops near Ukraine has fueled Western worries of a possible offensive.

Macron, who met in the Kremlin with Russian President Vladimir Putin before he is scheduled to head to Ukraine on Tuesday, spoke by phone Sunday with U.S. President Joe Biden to discuss "ongoing diplomatic and deterrence efforts," according to the White House.

"The security and sovereignty of Ukraine or any other European state cannot be a subject for compromise, while it is also legitimate for Russia to pose the question of its own security," Macron said in an interview with French newspaper Journal du Dimanche, adding that he believes that "the geopolitical objective of Russia today is clearly not Ukraine, but to clarify the rules of cohabitation with NATO and the EU."

Macron told reporters that he felt "reasonably optimistic" ahead of his meeting with Putin. 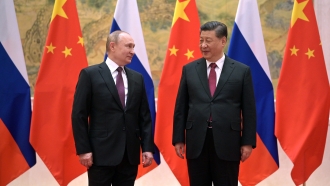 Russia And China Push Back Against U.S. Pressure

Putin's spokesman, Dmitry Peskov, described Macron's visit as "very important," but sought to temper expectations, saying "the situation is too complex to expect a decisive breakthrough after just one meeting."

He noted that "the atmosphere has remained tense," adding that the U.S. and its allies have continued to ignore Moscow's security demands.

Russia has denied any plans to attack its neighbor but demands that the U.S. and its allies bar Ukraine and other former Soviet nations from joining NATO, halt weapons deployments there and roll back NATO forces from Eastern Europe. Washington and NATO reject those demands.