A New Political Party Could Be Taking Over French Politics 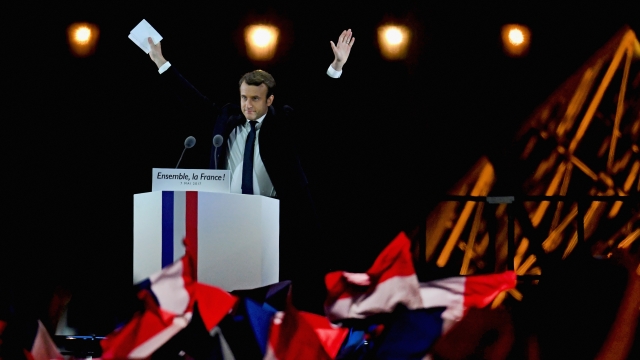 Republic on the Move, President Emmanuel Macron's party, is predicted to take roughly 70 percent of the seats in the National Assembly.

France has a new Goliath in politics.

Just a year ago, En Marche was a newborn political party. Since then, it won the presidency, updated its name to Republic on the Move and is now dominating parliamentary elections.

After the first round of voting on Sunday, analysts predict President Emmanuel Macron's party and a smaller ally party could take roughly 70 percent of the seats in France's National Assembly.

If those predictions come true, it'd be the largest parliamentary majority since 1958, when Charles de Gualle created the current government.

Macron's parties won an overwhelming 32 percent of the popular vote on Sunday. Their only bad news may have been the record low voter turnout.

Less than half of France's potential voters decided to cast ballots in the first round.

Macron Speaks Frankly About Russia â As Putin Stands Beside Him

Although Macron's party is projected to win big in the end, many of its candidates didn't get enough votes to win spots outright in the first round. Under French rules, they'll have to win a second, smaller round of voting next Sunday.