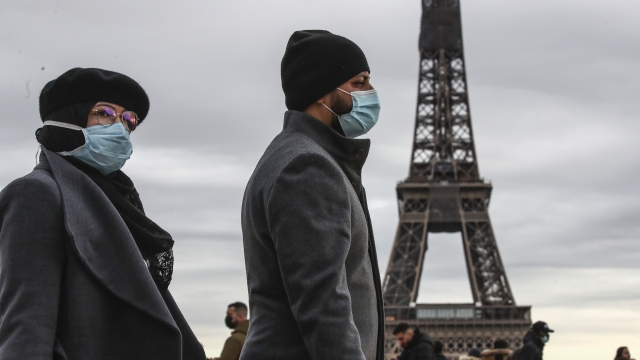 France has recorded its first case of a new coronavirus variant that is now spreading in neighboring England.

France's health ministry said a man who returned to France from London on December 19th tested positive for the mutated strain of COVID-19 that is believed to be even more contagious. They said he is self-isolating and isn't experiencing severe symptoms.

The new coronavirus variant was previously reported to be spreading in England and South Africa.

A British scientific study found no evidence the variant is more deadly than earlier forms of COVID-19. Experts say it can be prevented with the same vaccines. However, they worry a heightened level of contagion could overwhelm hospitals.

The U.K. has enacted stricter lock-down measures to prevent further spread. Many countries have banned travel to the U.K. and South Africa, following identification of the new virus mutation.