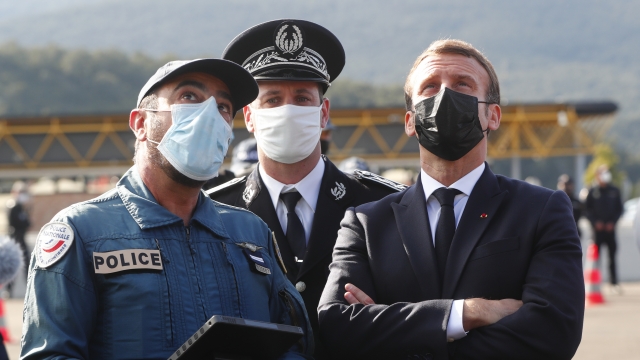 SMS
France Reinforces Border Security Following Attacks
By Nathan Byrne
By Nathan Byrne
November 5, 2020
France has experienced a series of attacks in recent weeks including one in the city of Nice that killed three people last week.
SHOW TRANSCRIPT

French President Emmanuel Macron said Thursday France is reinforcing its border controls after a series of attacks that hit the country in recent weeks.

Macron said the number of police and troops in charge of border controls will double from 2,400 to 4,800. They will focus on fighting illegal immigration and smuggling activities.

In addition, Macron said he will push for changes to make controls at the European Union's external borders more efficient.

Macron notably referred to the Islamic extremist attack at Notre Dame Basilica in the city of Nice that killed three people last week.

The chief suspect is a 21-year-old Tunisian who came through Italy in September en route to France. The country raised its security alert to the maximum level after the attack.