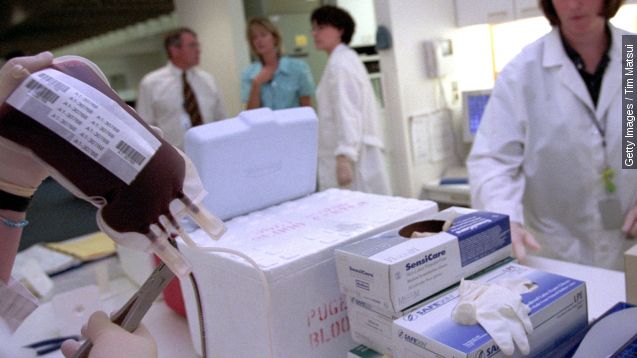 France's minister of health says letting gay men donate blood is "the end of a taboo."

France is planning on lifting its ban on blood donations from gay men.

The country's minister of health called it "the end of a taboo" in an interview with French newspaper Le Monde on Wednesday.

Many countries put restrictions on blood donations in the '80s during the AIDS epidemic before it was widely acknowledged that HIV can also be transmitted through other behaviors, including heterosexual sex.

The lifetime bans have been criticized for discriminating based on sexual orientation as opposed to focusing on individual risk factors. (Video via National Gay Blood Drive)

In recent years, some of the bans have been loosened. In May, the U.S. Food and Drug Administration changed its policy. Instead of a lifetime ban, men who have had sex with another man but haven't done so in the past year are allowed to donate blood.

But that change has been criticized by LGBT advocacy groups who call it a celibacy clause. (Video via GLAAD)

France will also be adopting a similar one-year deferral rule. If studies on new donations don't indicate a risk, the country's minister of health says rules for gay men will eventually be more like those for heterosexual donors.

In May, the U.S. FDA cited a similar policy change in Australia, saying, "There was no change in risk to the blood supply."

This video includes images from Getty Images and Nathan Hughes Hamilton / CC BY 2.0.