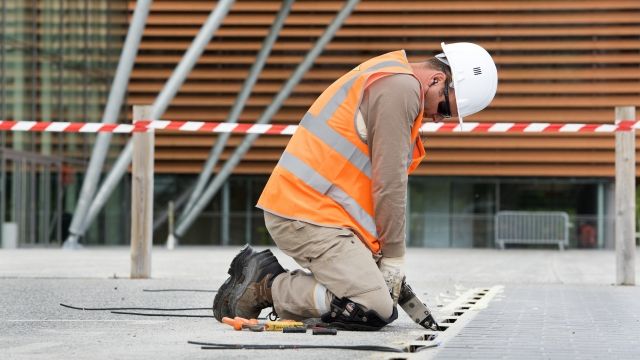 The future is here: A small village in France just opened what it claims is the first solar panel road in the world — and it wasn't cheap.

The road, called Wattway, is a little over half a mile long and cost about $5.2 million to create.

Tesla's Solar Roofs Might Be Even Cheaper Than Expected

It's expected to see around 2,000 vehicles per day. The solar panels are coated in a special silicon that protects them from the weight of trucks and other heavy vehicles.

Although Wattway is being called the first road of its kind, the technology isn't new. The Netherlands opened a solar bike path in 2014.

The road is in a two-year test period to see if it can generate enough energy to power street lights in the town it runs through.

There is one hitch, though. Solar panels work best when they're at an angle. And critics have said the roadway isn't a great use of public money.