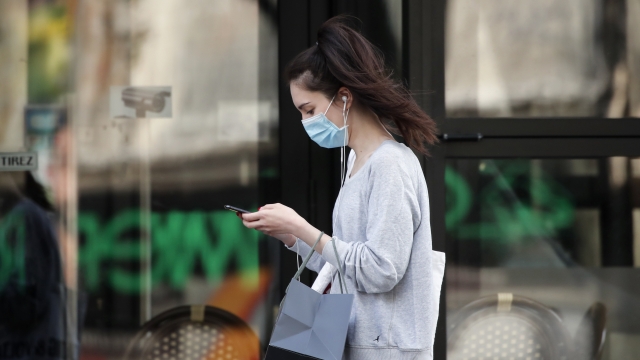 As of Monday, everyone must wear face masks in places like shops, restaurants, churches, museums and airports.

People in France are now required to wear face masks in indoor public spaces in an effort to slow the spread of the coronavirus.

Face masks were already mandatory when riding public transportation. But as of Monday, residents must now wear them in places like shops, restaurants, churches, museums and airports.

Anyone caught not wearing a mask faces a fine of more than $150.

The face mask measure was initially not scheduled to go into effect until the beginning of August. But government officials moved up the start date after a surge in new COVID-19 infections in the country.

France is stockpiling face masks in anticipation of a potential second wave. It reportedly hopes to have 60 million stored away by October.

Other European countries are experiencing similar rises in new cases. That includes Spain, where millions of residents are being urged to stay home to stop the coronavirus from spreading. France's prime minister said he's monitoring the situation in Spain very closely since the two countries share a border.