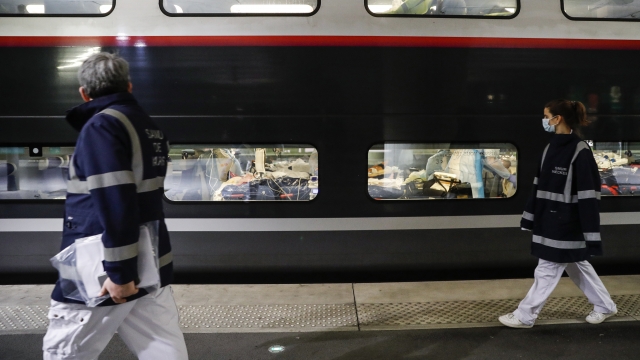 The trains have been converted into mobile hospitals that carry four patients and six medical staff per car. The first group of critically ill passengers was transported on March 26. All the passengers were in stable condition.

France has the fifth most coronavirus cases of any country, and it shares its borders with three of the top four. Like many nations, France is having to ration and reuse key medical supplies.

Early in the outbreak, French President Emmanuel Macron did not follow social distancing recommendations to show that "life goes on." But by mid-March, Macron's tone shifted. He now asserts the country is "at war." His critics say he took too long to enact a serious response to the outbreak.