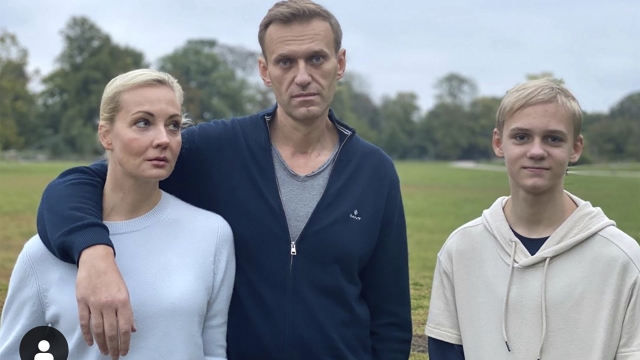 Navalny fell ill from a military-grade nerve agent on an August 20 flight to Germany and was rushed to a hospital. On Tuesday, the Organization for the Prohibition for Chemical Weapons said the agent was part of a family of chemical weapons developed under the former Soviet Union.

He said: "I really believe and I'm sure that it's Vladimir Putin who is behind the attempted murder."

On Wednesday, German and French foreign ministers called on other European countries to join in economic sanctions targeting (quote) "individuals deemed responsible for this crime and breach of international norms." The Russian government denies involvement.