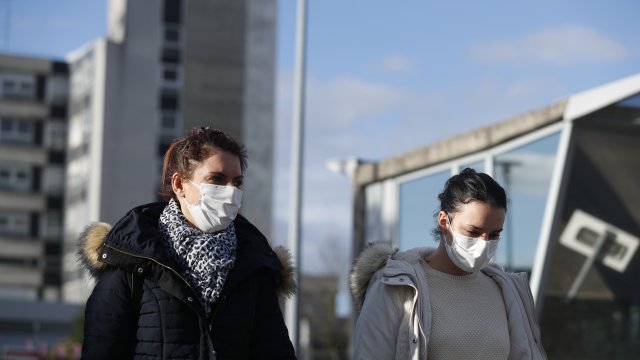 As the number of coronavirus cases continue to rise in Italy, neighboring countries issued new guidance to help combat the spread of the illness around the continent.

France officially banned gatherings of more than 1,000 people. However, France's health minister said protests, exams and public transportation are exempt from this ban, adding they are "useful to the life of the country."

Germany's health minister said people in that country should limit travel and reconsider gatherings of more than 1,000 people. While his comments aren't an official government action, he urged event organizers and local authorities to impose bans on large crowds.

Germany and France trail Italy in the number of coronavirus cases in Europe. Italy recently announced a temporary lockdown for its northern region, affecting approximately a quarter of the country's population.

Organizers behind major European events have made their own decisions. For instance, the Cannes Film Festival said France's ban on major gatherings would not affect its preparations, according to The Guardian. Separately, Ireland's government has canceled all St. Patrick's Day parades in the country.

The U.K. is also considering its own measures. Prime Minister Boris Johnson met with health officials on Monday to help contain the virus. A spokesperson for Johnson said an outbreak in the U.K. will be "significant." But at this time, the U.K. government said it wouldn't cancel concerts or sporting events and there is no need for people to stock up on food and supplies yet.