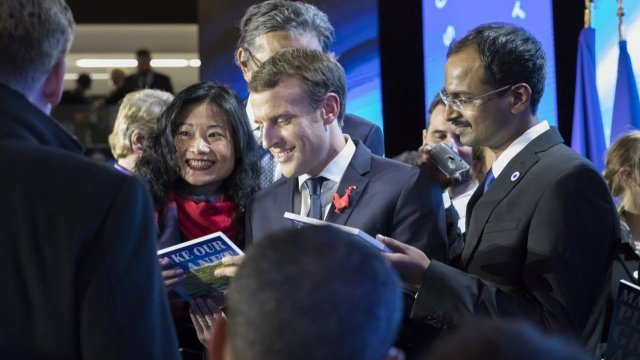 SMS
France Awards Grants To US Scientists Studying Climate Change
By Samantha Kummerer
By Samantha Kummerer
December 11, 2017
The "Make Our Planet Great Again" contest was announced after President Donald Trump withdrew the U.S. from the Paris climate accord.
SHOW TRANSCRIPT

French President Emmanuel Macron's Make Our Planet Great Again contest, an effort to lure climate scientists to France in the wake of the U.S.' withdrawal from the Paris climate accord, has announced its first winners.

On Monday, 18 scientists won grants from the French government to further their research on climate change. More than two-thirds of the researchers were from the United States, including scientists from Cornell, Columbia and Stanford University. 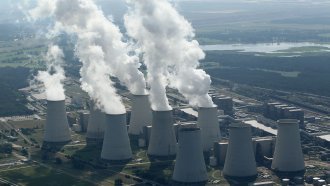 Macron told the scientists relocating to Paris would allow them to do more research faster.

The grants come after a string of actions from the Trump administration that could undermine U.S. climate change research.

Those actions include proposing cuts to research money for scientists, ending the National Climate Assessment Panel and, of course, withdrawing from the Paris Climate agreement.

Macron announced the competition after Trump said the U.S. would withdraw from the accord in June. It attracted more than 1,800 applications.

Macron will continue talks on climate change Tuesday, when world leaders gather in Paris for the One Planet Summit. Trump wasn't invited to the summit.