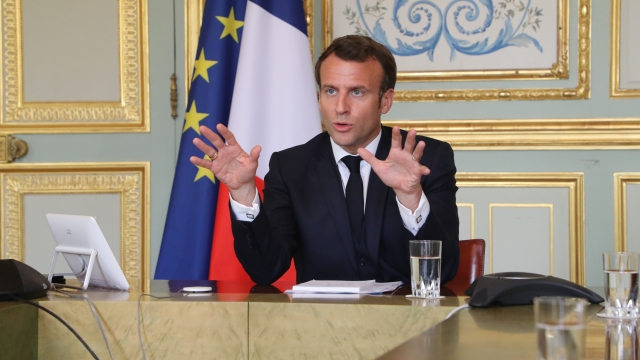 French President Emmanuel Macron announced Monday he is extending the country's lockdown until May 11 but hopes to ease certain coronavirus restrictions after that.

The French government will announce a plan by the end of April to gradually reopen schools and businesses. But Macron said some people, including the elderly and those with chronic health conditions, will have to remain under lockdown. He also said places like restaurants, bars and theaters would remain closed for a while.

Borders with non-European countries will remain closed "until further notice." But France will reportedly be able to test anyone with symptoms — not just the most vulnerable — as of May 11.

The French government also said there would be enough "general-use masks" for every citizen by that date.