N. Korea Could Cause Problems For S. Korea's 2018 Winter Olympics 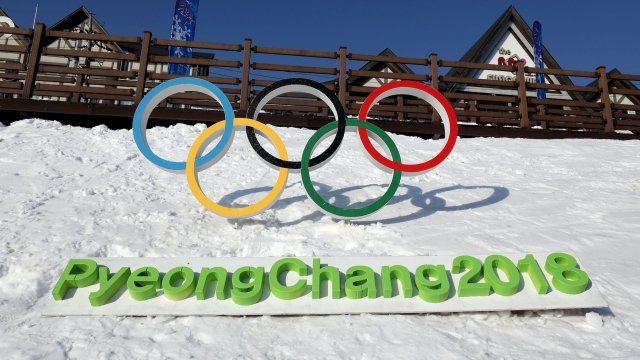 SMS
N. Korea Could Cause Problems For S. Korea's 2018 Winter Olympics
By Grant Suneson
By Grant Suneson
September 22, 2017
The 2018 Winter Games in Pyeongchang aren't too far from North Korea, so some fans and nations are concerned about security and safety for the event.
SHOW TRANSCRIPT

The nuclear tensions on the Korean Peninsula could soon spill over into the sports world.

The 2018 Winter Olympics will be in Pyeongchang, South Korea — roughly 50 miles away from the border with North Korea. The proximity to an increasingly agitated rogue nation is making some Olympic committees nervous.

France's sports minister told RTL Radio, "If this gets worse and we do not have our security assured, then our French team will stay here."

President Trump and North Korean Leader Kim Jong-un have repeatedly exchanged barbs, with both threatening to annihilate each other's country. There's no telling where the situation will be in 2018.

And North Korea's weapons capabilities have grown significantly in recent months. The country's military has made major strides in its missile program and even claimed it successfully tested a hydrogen bomb.

That could be one of the reasons the Pyeongchang Games are struggling to sell tickets to the event. Organizers want to sell over 1 million tickets, but it's just a few months out, and they're not even halfway there.

International Olympic Committee President Thomas Bach said there was "not even a hint" of a security threat against the Winter Games coming from the Hermit Kingdom. And the president of Pyeongchang's organizing committee says the North won't cause any problems because it will likely have some of its own athletes competing.

The games are slated to start February 2018.