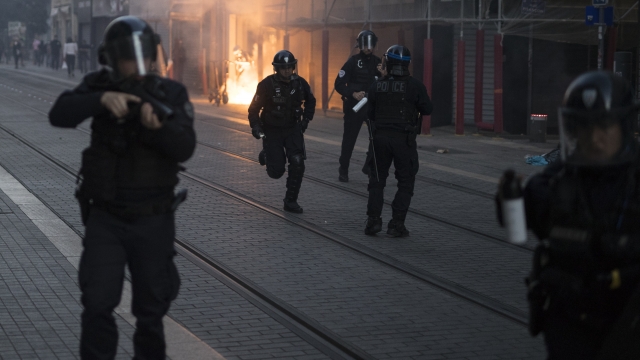 SMS
France Backs Off Police Chokehold Ban
By Ahmed Jawadi
By Ahmed Jawadi
June 15, 2020
​According to The Associated Press, chokeholds will no longer be taught in police schools, but officers can continue using them for the time being.
SHOW TRANSCRIPT

A week after the French government announced it would ban police from using chokeholds during arrests, it seems to have reversed course.

Last week, France's interior minister said "the chokehold method" would be abandoned amid growing protests in the country over police violence.

But French police began staging their own protests in response to the proposal, arguing the ban would deprive officers of an essential restraining technique.

According to The Associated Press, the country's national police director told staff in a letter Monday that although chokeholds will no longer be taught in police schools, officers can keep using them "with discernment" until better methods are found.