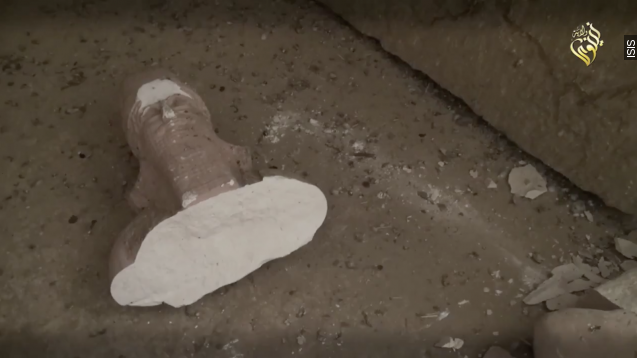 French officials have unveiled plans to protect historical sites from destruction and help the art community recover from terrorist attacks.

France has unveiled more efforts to protect art from terrorism in the wake of the recent tragedy in Paris.

This week, the country announced a multimillion-dollar fund to help the arts bounce back after attacks.

Even before the Paris attacks, President Hollande advocated to protect art from extremism.

After the destruction of cultural artifacts in Iraq, France offered its "unswerving support" of international efforts to protect artifacts, according to the United Nations Educational, Scientific and Cultural Organization. (Video via ISIS)

After meeting with Hollande in March, UNESCO’s director-general said: "This is not just a cultural tragedy. It’s also a security issue, with terrorists using the destruction of heritage as a weapon of war, an instrument of propaganda and destabilization, and as a means of financing their operations."

The director of the Louvre told The Art Newspaper it's impossible to say how much money ISIS could rake in through art smuggling. But he estimated it could represent 20 percent of the group's funding. (Video via Musee de Louvre)