Fracking Makes The Ground Swell, And Knowing That Might Make It Safer 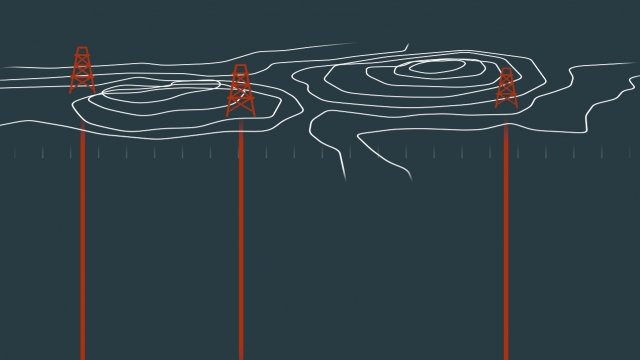 SMS
Fracking Makes The Ground Swell, And Knowing That Might Make It Safer
By Evan Thomas
By Evan Thomas
September 22, 2016
This discovery could help us pinpoint where earthquakes are most likely to occur.
SHOW TRANSCRIPT

As if it weren't already incredible that fracking can lead to earthquakes, scientists are now learning it can actually make the surface swell and bulge — through more than a mile of solid rock.

But that's not necessarily bad news. In fact, the discovery might help make fracking safer. Researchers looking at wastewater injection sites in Texas say they watched how the ground swelled to forecast where earthquakes were most likely.

SEE MORE: In Light Of The Oklahoma Earthquake, Here's What Fracking Is and Isn't

If that doesn't seem like a big change, remember that we're talking about more than a mile of rock getting pushed up. The researchers say that takes huge amounts of pressure — more than enough to cause earthquakes, depending on the type of rock.

The satellite imagery directly tied wastewater injection to a magnitude 4.8 earthquake that rattled the region in 2012.

The good news is detecting this swelling could help forecast which areas are more prone to earthquakes. The lead researcher says his team's findings could be guidelines for regulators and oil companies, lowering the risk of aggravating any nearby faults.